It’s been a pretty crazy year, but one thing that helped keep me sane was #MGWaves. What is #MGWaves, I hear you ask? Let’s start at the beginning…

I’m an Australian writer who believes you only live once. Which is why I do things like this:

I’m also an Australian writer whose publishing success to date has mainly consisted of a series of short stories and feature articles I wrote over a number of years for an Australian parenting magazine (if you don’t include the writing of annual reports, press releases, and technical reports that I did for government…) Anyway, when the magazine’s income dried up, my income from the magazine also vanished.

Not to worry, what I really wanted to do was write for Younger Me, not for parents. So I wrote a young adult novel which I queried. It received multiple partial and full requests, but…after two years of trying, no agent.

Not to worry, what I really REALLY wanted to do was write for Younger Younger Me. Middle Grade Me (middle grade is, after all, my sweet spot). It just took me a while to muster up the courage to try. When I found this courage, I wrote a novel about a chatterbox twelve-year-old who must rob a casino using an unusual (ahem!) skill, in order to save his little sister. I was thrilled when it received runner-up this year in the WritingNSW Varuna Fellowship. More on that here. In the meantime, let’s move on.

On a high from my runner-up award, I submitted to Pitch Wars and guess what! I WON! Well, I wasn’t selected as a mentee but I still won.

Through one of the many ways that one finds things in the writing community (AKA Twitter), I joined a chat group of Pitch Wars middle grade applicants. The group was called Magnificent MG and like all things that turn out to be magnificent, I did NOT expect this group to be so…magnificent. Here was a group of wonderful writers that really understood my need to write middle grade. They got me. They also liked Zoom.

Over the last few chatty zoomy months, through the highs and lows of writing, critiquing, querying, applying, and more writing, we’ve become closer than the plethora of middle grade books on my crammed bookshelf. We’ve shared highs and lows, and more than a few pics of dogs, cats, cooking, and kids. Our writing endeavours have rippled out into the world, gathering momentum to become waves. Naturally, this led to a change in name for the group.

(As an aside, I’m also now in a Facebook group that, like #MGWaves, offers so much it’s a writer’s Christmas. It’s early days for me with this particular group, but I hope to give back as much as I can once 2021 kicks in. Because let’s face it, we are all paddling through the life we choose as writers in the best way we can.)

So what is the real point of this post? It’s to tell you to go out and find YOUR community. Don’t be afraid to ask questions, to ask for help. Keep showing up, keep putting yourself out there. Many writers will have the same fears, concerns, and hopes as you. And they’ll be nice. You never know, you might even form a group with a hashtag name!

I am grateful to have met mine, and to be riding the writing waves with them. Who knows where it will take us?

Interested to know more? Comment below. And while you’re at it, check out some of the amazing #MGWave’rs I’m proud to call my friends:

3 thoughts on “How I Became a #MGWave’r” 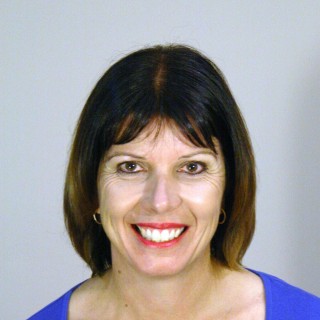